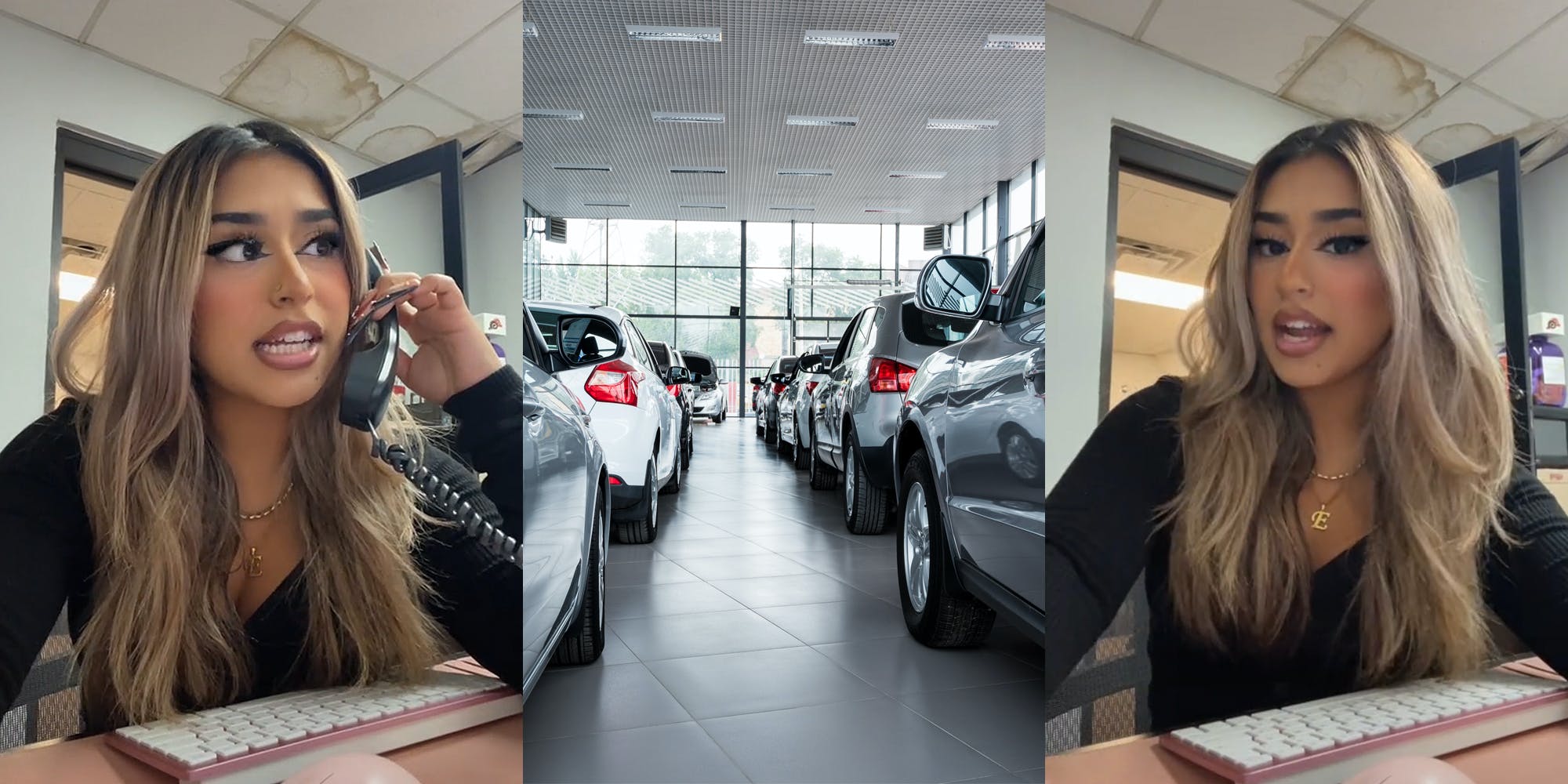 Working in a customer-facing job can often mean talking to people who argue, as a woman who works at a car dealership shared on TikTok.

In a video that has been viewed over 800,000 times, TikToker Emely Cristina (@emelycristinaa) re-enacted a conversation in which a customer accused Emely of not wanting to help her because the dealership she works at doesn’t plan to help. state inspections.

“Let me give you an example of everyday interactions at a car dealership,” she says.

The video begins with Emely pretending to answer the phone and stating that she is in the auto sales department and asking how she could help the customer call.

“Hi, yeah, gotta do an inspection,” she said, mimicking the customer. “I’m sorry ma’am, we don’t provide inspections here, you’ll have to go to your local DMV (Department of Motor Vehicles).”

In the exchange, she tells the “person” calling that the dealership cannot provide the service she is looking for. The “customer” then asks where their local DMV is and what to do when they get there. Emely politely replies that she doesn’t know, but maybe they could find out using Google.

Twenty minutes later, the person “calls back”, saying that they wanted to request an oil change. This service, Emely tells the customer, is something the dealership can provide, but she must transfer the caller to service in order to schedule an oil change. However, the appellant did not have it.

When she starts saying she’s going to transfer the customer to service, they insist that inspection and oil change are “exactly the same thing”.

“Why can’t you help me, it looks like you don’t want to help me,” the client allegedly asked. Then she lets them know that they called the sales department and she transfers them to the department so the right department can help them.

Commentators have criticized the “customer” method of communication.

“Some people feel so empowered,” wrote one commenter.

“People never listen…I’m like I just said,” another commenter wrote.

“So I guess it doesn’t matter which field it’s the same,” one viewer said.

Others shared their own experiences with rude clients or clients who simply expected them to do more than their job required.

“I am a receptionist for (an) insurance broker,” wrote one commenter. “Let me tell you, these customers don’t know how to do things on their own.”

“My job is medical store sales and people get mad when I can’t tell them how to file insurance claims because I’m not the insurance company,” another viewer wrote.

“Girl I work in a hospital and when I ask them to put on a mask they take one and ask me how they put it on,” one commenter wrote.

The Daily Dot reached out to @emelycristinaa via an Instagram direct message.

Brooke Sjoberg is a freelance writer for the Daily Dot. She earned her bachelor’s degree in journalism from the University of Texas at Austin in 2020.