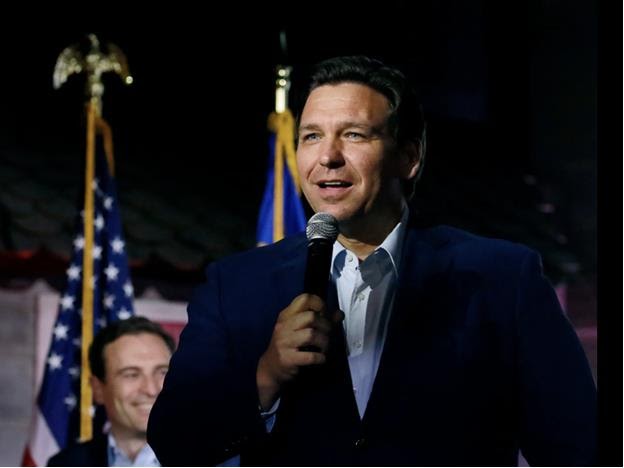 Stewart argues that all car dealerships advertise prices at which a buyer cannot actually purchase that vehicle, due to hidden fees and additional dealer profits that are not displayed in the advertisements.

Open letter from Stewart to DeSantis:

You probably don’t know me, but I’m from Florida, born in Ft. Lauderdale in 1940. I have owned and operated Earl Stewart Toyota in North Palm Beach since 1975, having started in the automotive business as a Pontiac dealership in 1968. Over the past 20 or so years I have evolved into a consumer advocate for cars. buyers, advising them how to buy a car in Florida without getting ripped off.

I became a consumer advocate for car buyers because I realized that the profession I had chosen as a car dealer was viewed by the public as the most dishonest and unethical of all others. occupations. Governor, did you know that the annual Gallup Survey of Honesty and Ethics in the Professions has ranked car dealerships at or near the bottom for the past 48 years? The honesty and ethics of car dealerships in our state of Florida are the worst of the 50 states. Florida is the beast; South Florida is the “belly of the beast”.

Governor DeSantis, I challenge you to find an honest price ad for a new vehicle in Florida. In other words, the one that lets you buy the car at the advertised price (excluding only government sales tax and license plate fees). If you can, I’ll write an apology to you and the car dealerships that advertised these prices.

Only car dealerships are allowed by Florida regulators to get away with it. All other retailers follow Florida law to advertise actual prices with no hidden fees or undisclosed additional options. The world’s two largest retailers, Walmart and Amazon, comply. Check Florida Law 501, Section 976, Liable, Unfair, or Deceptive Actions or Practices and you will confirm that virtually all Florida auto dealership price announcements are illegal. They are illegal, not only by Florida law, but also by federal law, the FTC. The Federal Trade Commission prohibits any fine print that will serve to increase the advertised price.

Your Attorney General, Ashley Moody, should take action against all car dealerships that violate Florida laws and federal laws. Other AGs in many other states are taking action, including against Florida auto dealers. Why do Floridians have to rely on an Arizona attorney general to discipline Ed Napleton, a Florida car dealer?

By the way, Governor, I’m realistic and pragmatic. I understand how politics works and I know what it takes to get elected. I have problems with politics and politicians, but our system is the best on the planet and every day I am grateful to be an American. I think you are missing a huge opportunity by not going after dishonest and unethical car dealerships. Most voters own their own car and regularly deal with car dealerships. Most voters also fear and/or despise their experience… “I’d rather have a root canal than buy a car”. If you were to become a champion for the car buyers of Florida and the nation, you would elicit a lot of admiration and appreciation, possibly resulting in their votes casting their votes for you for the next President of the United States.”