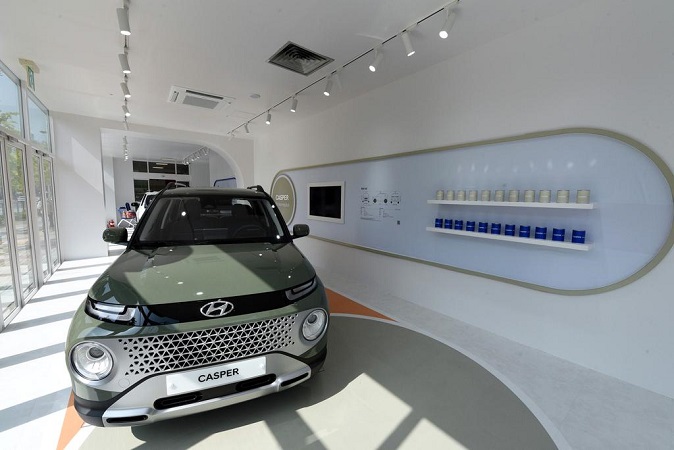 Major discount chains E-Mart Inc. and Homeplus Co. each set up a showroom for Hyundai Motor Co.’s Casper mini SUV at two outlets during the period September 2021 through March this year.

“Most discount department store customers drive their own cars to visit a family group. There are many instances where husbands and children look at vehicles on display in showrooms, while wives shop,” E-Mart said.

Homeplus, which operates a mobility services platform that allows customers to buy and sell cars and motorcycles in its stores, has opened a test drive center for Hyundai in the parking lot of its Gojan outlet in Ansan , in Gyeonggi Province, in June 2020.

The number of customers buying vehicles online is also on the rise.

Since 2019, the e-commerce platform 11Street has been running a car sales promotion in which it offers online consultation on car purchases and promotes contracts and vehicle delivery in collaboration with offline dealers.

“The retail industry’s need to attract a more diverse customer base aligns well with the auto industry’s strategy to broaden its customer contact base,” said an industry official.