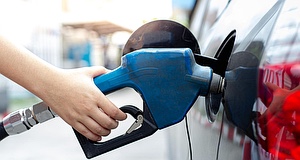 RECORD fuel prices attributed to the impact of the Russian-Ukrainian war have prompted the FCAI to tackle what it sees as ineffective and outdated taxes imposed on Australian motorists.

With the price of unleaded now above $2.00 per liter and an associated increase in the cost of living due to higher transportation and logistics costs, FCAI CEO Tony Weber said the It was time for policy makers to seriously consider the merits of a broad-based road charging system that would replace a series of outdated and ineffective taxes.

“Since the publication of the FCAI discussion paper on road user charging (in May 2021), some state governments have announced their intention to introduce a road user charge for vehicle owners as part of their zero-emissions strategies,” Weber said.

“Our view is that governments can go further and apply a road user charge to all vehicles, regardless of engine type.”

Mr Weber said the move to road user charging was a progressive step in national tax reform and that under current conditions governments have an unprecedented opportunity to remove existing fuel tax structures.

“It is important to note that a road user charge (RUC) is not an additional charge for motorists. Instead, it can replace a myriad of fees such as registration, fuel excise duty, luxury car tax, and sales tax. Reducing complexity also presents an opportunity to reduce the large bureaucracies needed to administer these inefficient taxes and charges, providing additional economic benefits,” he said.

“State and territory governments are beginning to adapt to the changing nature of mobility in Australia, including the rise of electric vehicles that do not pay excise fuel. The wider application of RUC and the removal of taxes such as fuel excise and luxury car tax will ensure that all motorists pay a fair amount to use Australia’s road network.

Most of the tax collected on the sale of fuel in Australia comes from a flat or “excise” sales tax levied by the Australian government on liquid fuels such as petrol, diesel and LPG purchased from the cistern.

The current rate is 44.2 cents for each liter of fuel purchased. However, this rate is subject to change with inflation and is charged in addition to the Goods and Services Tax (GST), currently set at 10%. It is estimated that the average household contributes about $1,200 a year to government coffers through the fuel excise regime.

In addition, a road charge is applied to each liter of diesel sold by owners of heavy vehicles, including trucks and buses. The government is considering a similar road user scheme for owners of electric vehicles who do not currently contribute to fuel excise through the purchase of liquid fuels.

Australian motorists will pay almost $50 billion in net fuel excise duty over the next four years, budget documents say, with most of the money raised ($46.8 billion) going to be reinvested in projects. ground transportation. However, with vehicles becoming more efficient and electric vehicles becoming more popular than ever, the amount of fuel excise collected by the federal government is decreasing relative to actual road use.

“The discussion paper released by the FCAI outlines the opportunities and avenues available to governments for this type of tax reform. Obviously, the details must be carefully considered to ensure that any scheme takes into account the application of fairness for motorists across the country. This is particularly important when considering rural and regional travel, the Australian way of life and our tyranny of distance,” Mr Weber said.

“We need this reform to move the Australian road tax system from the (past) century and make it ready for the future of motoring. Australians want a future that can bring clarity, simplicity, fairness and value to their wallets. There’s no better time than now to make that future a reality.

Figures released by Nine News this week show national fuel prices are now above $2.15 a liter for unleaded petrol and above $2.17 a liter for diesel as Tasmanian motorists face at the highest average price in cents per liter of fuel on record.

Week-to-week fuel price changes are shown in parentheses below.

2022-03-28
Previous Post: Community cycles for a cause honoring a Cumberland County auto dealership employee
Next Post: I’m a car sales expert and you can recoup thousands of dollars at the end of your lease as used vehicle prices skyrocket