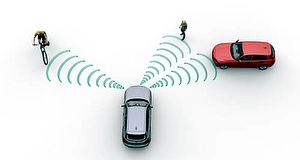 An avalanche of acronyms is how the alphabet soup that is Advanced Driver Assistance System (ADAS) terminology has often been described…and it started decades ago, perhaps with the anti-lock braking now forever dubbed ABS.

To clarify, ADAS is any group of electronic technologies that assist drivers with driving and parking functions. With a safe human-machine interface, ADAS are supposed to increase the safety of cars and roads.

ADAS uses automated technology, such as sensors and cameras, to detect nearby obstacles or driver error, and respond accordingly. It may also be capable of different levels of autonomous driving, depending on the features installed in the car.

However, as sophisticated in-vehicle safety technology mushrooms, more and more acronyms have become a source of frustration and confusion for drivers to the point where calls are being made to simplify ADAS terminology.

While complaints about confusing tech terms would no doubt arise in Australia, likely directed at manufacturers or resellers, orchestrated advocacy with a single voice has yet to surface.

The United States’ plea for standardized terminology came as a warning that the current variety of terms can confuse consumers and make it difficult to understand a vehicle’s functions.

“ADAS features have become increasingly prevalent in new vehicles and have the potential to reduce traffic accidents and save thousands of lives each year,” the coalition said in a statement.

“However, the terminology used by automakers to describe ADAS functionality varies widely, which can confuse consumers and make it difficult to understand vehicle functions.”

The different terms seem to have the potential to confuse not only consumers, but also repairers and insurers.

The coalition drew particular attention to safety features that are “exaggerated or distorted with marketing language designed to entice buyers”, leading drivers to over-rely on features.

“Establishing a common language for ADAS helps ensure that drivers are fully aware that these systems assist, not replace, an engaged driver,” the coalition said.

“The coalition calls on automakers, regulators, safety agencies, journalists and other stakeholders to adopt this recommended standard language in the short term to reduce driver confusion.

“The group is also asking for vital consumer education on the benefits, limitations and capabilities of ADAS,” he said.

The Alliance for Automotive Innovation, which represents the vast majority of U.S. automakers, issued the following statement of solidarity: “AAI supports the need for additional consumer education to understand the complexities of advanced driver assistance systems. (ADAS).”

The coalition launched a program in 2019 to clear up confusion when it submitted an initial list of standardized names to the US Department of Transportation (DOT). The agency approved the list in 2020.

A generic nomenclature for ADAS enjoys broad support within the US auto repair industry.

The coalition says its recommended terms are “simple, specific, and based on system functionality.” He said the list is updated as new systems are introduced. The universal terms are not intended to replace proprietary OEM names, but are intended to provide consumers with “transparent and consistent” information.

It has been suggested that said universal terms be used on window decals, in owner’s manuals, and in other marketing materials for generic system functions.