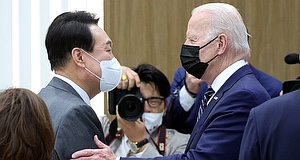 THE shortage of microprocessors continues to wreak havoc on global vehicle production, with European and North American production facilities recording particularly large losses in the latter part of May.

According to a report in Automotive News, North American factories pulled about 87,500 vehicles from their production schedules, with European assembly facilities shedding about 4,200 units from their combined output.

Year-to-date figures (see table below) show regional differences of more than a quarter of a million units below forecast, with European manufacturers hardest hit. Figures show Europe is 263,200 units behind its May forecast, with North America down 221,600 units. Asian factories (including Japan, South Korea and Thailand, but excluding China) are short by 208,800 units.

Elsewhere the numbers are lower, but still show signs that the recovery from the continued effects of the microprocessor shortage is far from over.

China is down 105,200 units from the quoted production forecast, while the Middle East and Africa is down 10,000 units. South America is the least affected overall with only 1,700 units less than planned production.

Mr. Biden was shown how wafer components from facilities in the United States – including the recently opened Samsung-owned semiconductor site in Taylor, Texas – were essential to the manufacturing capacity of the southern plant. -Korean.

“Tackling the shortage of semiconductors is a long-term problem because fewer chips are not expected to be used in vehicles as they become more complex,” Fiorani told Automotive News.

“In the short term, however, the automotive industry continues to compete for limited manufacturing space with other areas where more cost-effective chips are the norm. Expectations of a solution this year have faded and 2023 may not see a full recovery either.

Mr Fiorani’s predictions echo those made recently by European heavyweights BMW and Volkswagen.

Last month, following cuts of 98,000 units from European factory schedules, German automakers said they did not expect the situation to normalize until at least 2024, Volkswagen chief financial officer, Arno Antlitz, saying he foresees “structural undersupply” for at least the next one. 18 to 24 months.

BMW Group CEO Oliver Zipse made similar predictions in an interview with German newspaper Neue Zuercher Zeitung last month, but said he expected the situation to improve a little sooner.

“We are still at the height of the chip shortage (and) I expect we will start to see improvements later than next year, but we will still face a fundamental shortage in 2023.”

European assembly plants continue to be affected by the current microchip shortage even as the rest of global vehicle production begins to normalize. Last month, AutoForecast Solutions added nearly 98,000 vehicles to its global tally of variants that have been dropped from automakers’ production schedules this year.

The latest forecasts show that global production will be 810,500 units lower than the manufacturer’s forecast.