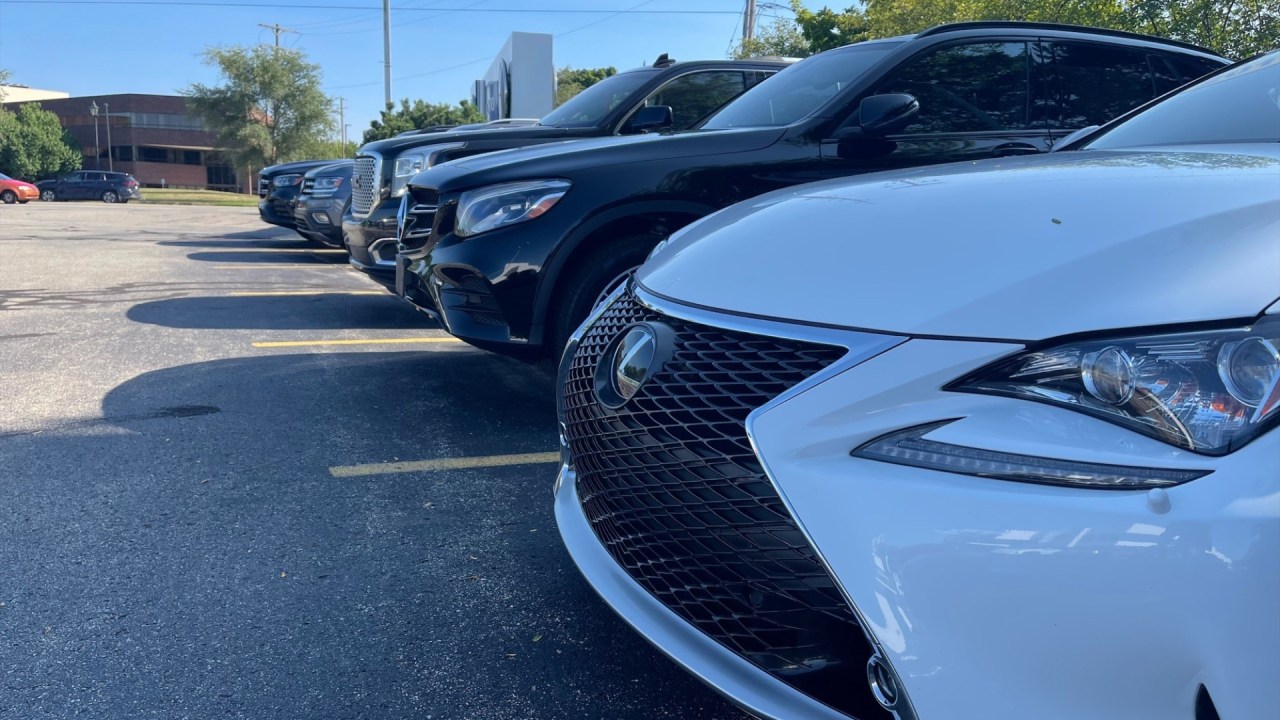 ‘Back with fury’: Used car sales up, inventories very low

“When we had COVID shut down, I was a non-essential worker for a few weeks, but the auto sector came back with a bang and we didn’t have many cars. But now we have more cars than we’ve had in a long time,” Mosier said as he stood in front of a line of used cars.

At Betten Imports, they say their used car stock usually comes from people who turn in their cars after their lease ends.

“What’s happening now is people are buying their rental cars and the rental market is really feeding us and with them buying their own cars we’ve had to find different ways to get cars,” added Mosier.

Mosier said the low supply of vehicles for dealers to buy means they are paying a lot more to get the cars they can. It also means they have to sell the cars to drivers at a higher rate. Mosier said the demand has also resulted in more out-of-state buyers contacting their dealership for specific cars. He said they now do four to six out-of-state transactions each month.

Auto West GR on 28th Street said they were having similar issues. They say they normally find their stock of used cars at auctions, but there haven’t been as many cars in that pipeline as before the pandemic. They say they have contacted car owners directly more often than before.

“It’s not uncommon for us to go on Craigslist and buy vehicles, to shop ourselves on Facebook Marketplace to try and find vehicles. If we can find a good quality vehicle from a consumer, we’re going to pay more just to get that vehicle ourselves because we just can’t get it at auction,” the owner said. Autowest GR, Donald Miller.

Miller says his team has the cars inspected to ensure their quality before adding them to the lot.

Miller says high demand forced him to put five buyers on the road to look for cars in other states to add to their inventory. He estimates that the value of used cars has increased by around 22%. He says sellers are now getting more money for their used cars than ever before.

“You never really thought of a vehicle as an asset that’s going to increase in value over time, but it does happen,” Miller said.

Analysts say this trend could continue for a year or more, but the market may collapse.

“Whether we’re buying these vehicles at the absolute top or way above the top – in some cases some of these used vehicles are selling as much or more than they sold new – that’s a big concern to me as a analyst because you’re worried about the bottom falling,” said Mike Wall, automotive analyst at S&P Global Mobility. “You’re worried that this owner will own this vehicle in two years and want to trade it in. You could say again that we’re going to at least struggle with elements of that for a good period of time so I’m not saying prices are going to fall off a cliff but there’s a risk we’ll certainly see good sizing in vehicle prices , especially on the used-vehicle side, as they grew like a rocket.

Wall said while there is a risk of a significant price drop, he doesn’t predict things will change until supply chain issues for new vehicle production are resolved.

“I think you’re going to start to see some of these component shortages improve, but that’s not a switch, that’s the challenge with all of this. It will be a progression,” Wall said.

Wall recommends people in the market for buying a used car to be flexible with their wish list as inventory remains low. He also recommends people put as much money on used cars as possible, be wary of your interest rates, and try to get a shorter term loan if possible.

Dealers also say prices for cars like SUVs and trucks are starting to decline and in some cases plateau as demand drops due to high gas prices.