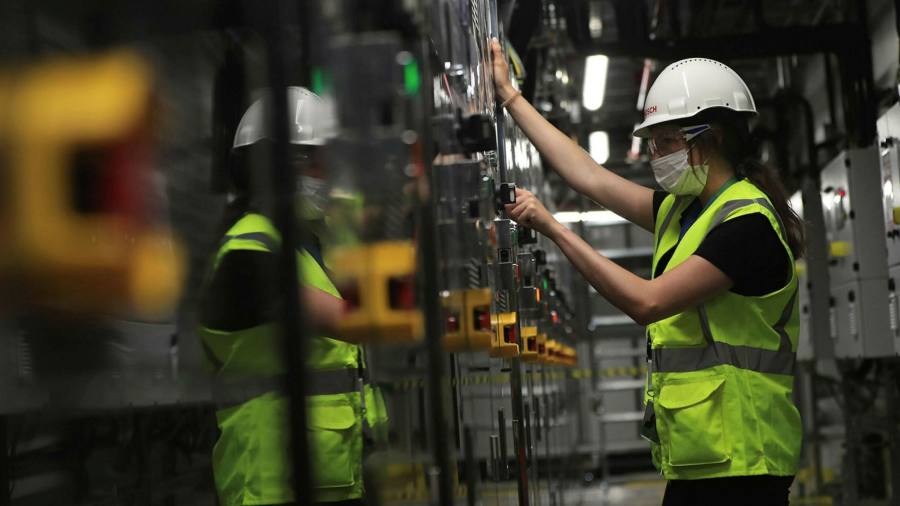 Bosch, Europe’s largest automotive supplier, will spend a total of around €2 billion to retrain some of its 400,000 employees to limit further job losses as the industry switches from combustion engines to electrical technology.

The German group’s announcement comes after warnings that the EU’s target to phase out petrol and diesel cars by 2035 could see hundreds of thousands of roles cut across the continent.

The private company, one of the largest employers in the EU, has spent €1 billion on retraining programs for those working on legacy technologies over the past five years and plans to spend “a sum similar” over the next five years, its head of human resources Filiz Albrecht mentioned.

The amount equates to approximately €500 spent per employee per year. Staff working in non-automotive departments are offered courses in artificial intelligence and other software skills, the company said.

Bosch has been majority-owned by a charitable foundation since 1964, which dedicates dividend income to social causes.

Its shares are managed by a trust committed to “safeguarding the sustainability of the business”, which has so far opted to maintain a high-cost German workforce, limiting job cuts in the country. a few hundred positions. The net number of employees in Germany remained stable, as Bosch also hired a multitude of software and electronics experts.

However, European automotive suppliers are increasingly sounding the alarm about the consequences of a rapid switch to battery-powered cars.

Clepa, the European association of automotive suppliers, warned in December that 500,000 jobs could be cut under European transport decarbonisation plans, unveiled last summer.

Bosch has also been a vocal critic of EU ambitions, with longtime former boss Volkmar Denner urging the bloc last year to “urgently rethink” its proposals, in order to safeguard European jobs.

But his successor Stefan Hartung, who took over at the start of 2022, said the manufacturer now “supports these [EU] objectives without ifs and buts”, and that Bosch would play its part so that electric cars are dominant in Europe by the deadline set by Brussels.

“That’s the rule,” he told reporters, referring to the EU’s Green New Deal. “That’s what was adopted, isn’t it?” So we respect that.

“In practical terms, this means working closely with policy makers to implement the Green Deal in our business in a way that not only retains as many jobs as possible, but also creates new ones. To do this, we need, above all, enough time.

Hartung’s comments came as Bosch unveiled preliminary figures for 2021. The Stuttgart-based company’s sales rose 10% to nearly 79 billion euros, beating internal forecasts and 2019 figures before the release. pandemic. Operating profit before interest and taxes was €3.2 billion and profit margins fell from 2.8% to 4%.

However, the profit margin remained lower than some of Bosch’s listed competitors, and well below the company’s internal target of 7.5%, underscoring the persistence of its relatively high cost base.

This includes a well-paid German workforce of more than 131,000 people, about half of whom work on automotive products.

Albrecht said Bosch has invested in training programs for existing employees, “so that mechanical engineers have become software developers and skilled workers in combustion technology are re-skilled to work in e-mobility.” .

The initiative coincides with a severe shortage of skilled labor in Germany and beyond. Earlier this month, euro zone businesses reported that labor shortages had reached their highest level since at least 1982.