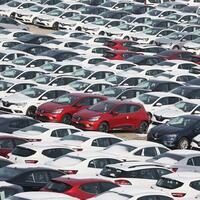 A regulation imposing restrictions on the sale of used cars to curb soaring vehicle prices has been published in the Official Gazette.

Under the new rules, those who engage in the used car trade will not be able to sell their vehicle for six months from the vehicle’s first registration date or until the car has traveled at least 6,000 kilometers .

The new regulations will be in effect until July 2023 and the Ministry of Commerce is authorized to extend them for another six months.

People in the industry have admitted that prices in the used car market have risen in part because of availability issues stemming from supply issues.

Car owners who want to sell their vehicles on the used market are taking advantage of supply problems by asking unreasonably high prices, they said.

They agree that the new regulation can lower the price of cars if not immediately but in the medium term.

Meanwhile, Treasury and Finance Minister Nureddin Nebati said on August 16 that officials had identified around 100,000 people who were engaging in practices that distort the functioning of the used car market and cause increases exorbitant prices.

“In addition, inspections were carried out of distributors, dealers and individuals selling new and used cars, and action was taken against those who failed to meet their tax obligations. Field inspections continue,” he said.

The Turkish car market contracted by 7.3% in January-July. Over 410,000 passenger cars and light commercial vehicles were sold in the first seven months of the year. Passenger car sales fell 7.9% on an annual basis to 319,000 units.