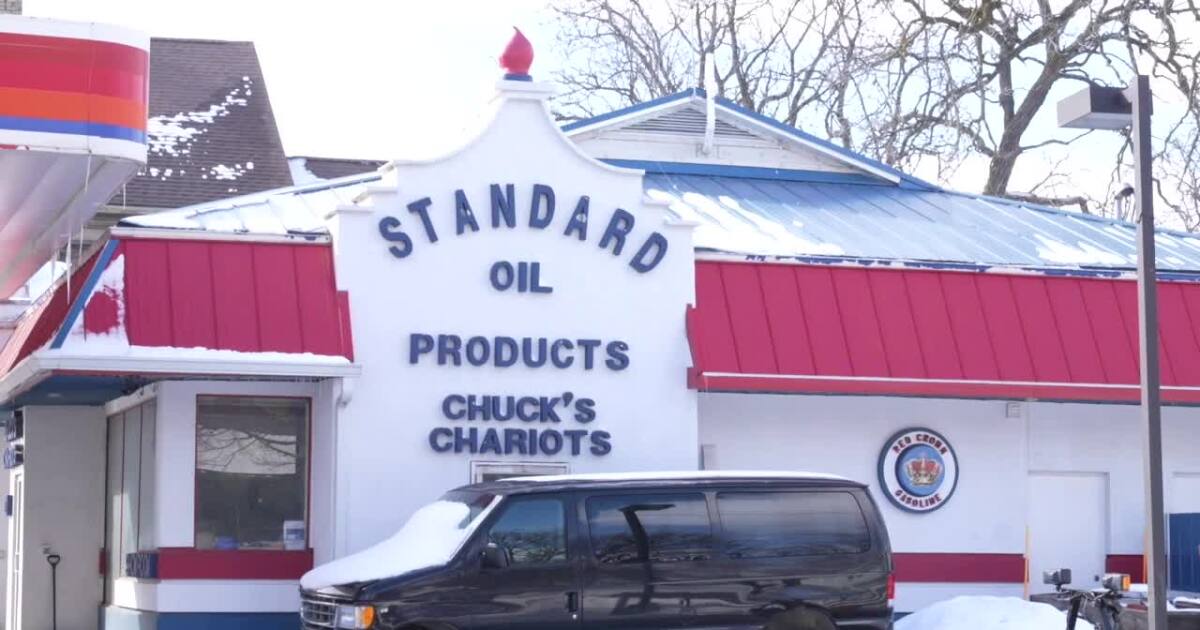 CHARLOTTE, Michigan – Chuck’s Chariots, a used car dealership and repair shop in Charlotte, is facing a lawsuit from the city, which alleges the dealership failed to act “in good faith” in accordance with its city ​​special use permit.

The permit states, among other things, that the business must operate as a used car dealership, not exceed 10 units for sale at any given time, and operate at least 30 hours per week.

In court documents, the city alleges that the dealership was not “actively engaged in the sale of vehicles located in the lot”, did not operate for at least 30 hours per week and, for the past several years, “has been closed with the doors locked for days and weeks at a time”.

Charlotte city attorney Thomas Hitch said a vehicle had been in the lot, apparently intact, for four years.

“I think they noticed the cars weren’t being sold, but apparently more vehicles were coming out with goods…it became more than just a scrap yard for the automobiles that were apparently from limited utility. Nobody bought them. They weren’t actively trying to sell them,” Hitch said.

The city filed a lawsuit claiming the alleged zoning violation is a “nuisance” and not a “proper” use of the lot.

“It was awful,” Hitch said. “It’s just two blocks from City Hall on one of the city’s main thoroughfares.”

Charles and Jane Doty, owners of Chuck’s Chariots, filed a response to these allegations in which they denied any wrongdoing.

The document was later stricken from the court record because neither Charles nor Jane Doty are attorneys and therefore not licensed under Michigan law to represent their companies.

They have since obtained legal advice.

“If you, as an individual, go to court and say, ‘Your Honor, I have the right to represent myself,’ that’s perfectly permissible,” Hitch explained. “But you can’t come in and say, ‘Hey, this is my company. This is my limited liability company. I’m going to represent that.'”

Their response to the allegations claimed they were open 30 hours a week before the pandemic began and are now allowing customers to book appointments.

The Dotys state in the document: “Due to the rapidly deteriorating health of Mr. Doty, prior to this summons, we had begun making arrangements to scrap vehicles that no longer appeared to be worth repairing. Our goal is to empty the inventory and eventually close the business.”

But Hitch said the city didn’t want to force the business to close.

“I don’t think anyone has any intention of putting these people out of business,” Hitch said. “We just want them to clean up the site and actually use it for what the Special Use Permit was intended for.”

Fox 47 News contacted the Dotys and their attorney, but they declined to comment.

Stay connected with us anytime, anywhere.