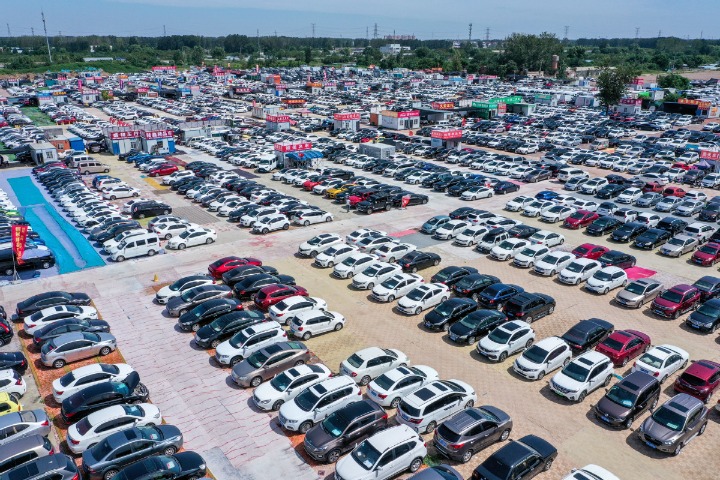 BEIJING — China’s used-car sector continued its upward trend in August, recording monthly sales growth from July despite disruptions from hot and rainy weather and resurgences of COVID-19 in parts of the country. , industry data showed.

The transaction value of sales totaled 95.66 billion yuan ($13.8 billion) during the period, up from 95.50 billion yuan in July, the data showed.

In the first eight months, 10.5 million used cars were traded in China, down 7.86 percent year-on-year.

The country’s used car sales saw continued growth in the April-August period, the association said, pointing to the recovery in demand in tier-one cities and neighboring regions last month as the country facilitated the inter-regional transfer of used vehicles.

The association is optimistic about the market in September, expecting an increase in sales driven by the effective control of the epidemic and the implementation of policies favorable to the sector.