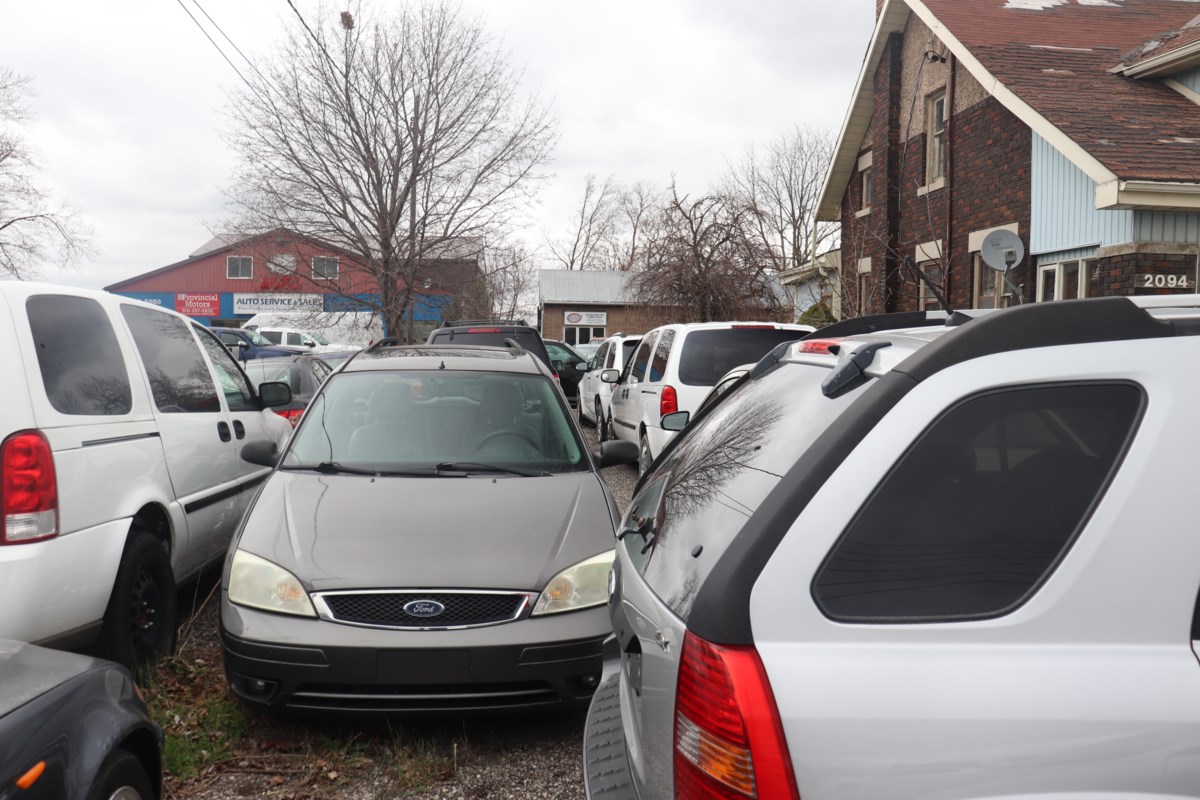 Eagle Street is known for its many car dealerships and service centers, but one lot looks different than the rest.

Neighbors are concerned and a complaint has been filed with the city about dozens of cars sitting and rotting in what a neighbor calls an “abandoned car dealership” at 2094 Eagle St. N. in Cambridge.

With cars lined up in front of the property along the road, most sitting with flat tyres, sinking into the ground, neighbors fear the abandoned land is starting to cause them problems.

The city has launched a property standards survey.

“I’m not going to lie, it affects us,” said Terry McEwin, owner of nearby TF Auto.

McEwin runs his own auto sales business and thinks having a bunch of unusable vehicles out front is bad for business.

“All those cars just sat there, sinking into the ground. Some of them haven’t been touched for five years,” McEwin said.

There are several structures on the property, including two residential houses, which are collapsing with shattered windows and holes in the roofs.

McEwin questions what lives in these units, whether they are squatters or breeding ground for parasites.

The owner of the property in question has since moved his Legacy Leasing dealership to a new location and said he was using that space as overflow land.

According to the owner, none of the vehicles are for sale and they don’t care what people think of their property.

“It’s our property, we can do with it what we want. If they have any questions, they know how to contact us,” Quan Ky said in a phone interview.

The City of Cambridge has a Property Standards and Grounds Maintenance By-law which states that “every owner of land shall keep his outdoor yard free and clear of litter”. It also states that every structure on the property must be structurally sound and in good condition.

An investigation has been opened into the property by the city to determine whether it meets Cambridge property standards.

“Municipal Compliance will open a maintenance/property standards case and investigate the property to resolve abandoned vehicles and any other property standards issues we find,” city communications adviser Teresa Chiavaroli said in a statement. an email.

If a property owner has received a notice of compliance and does not remedy the situation, they can be fined and the city can fix the problems itself. The city would then add all costs associated with the property owner’s property tax.


The bylaw states that fines can range from $250 for a first offense up to $100,000 for multiple serious offenses.

According to the city, a lawsuit was also filed against the property in 2012, but that was resolved by the landlord.