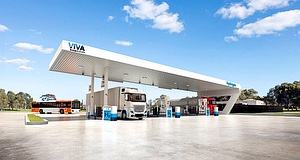 LESS than 48 hours after the announcement of the federal election results, the Federal Chamber of Automotive Industries (FCAI) called on the Albanian government to adopt the industry’s own voluntary emissions reduction program for Australia’s light-duty vehicle fleet.

According to FCAI CEO Tony Weber, the time has come for the new Albanian government to mandate the industry program which has been in place on a voluntary basis since 2020.

Mr Weber said any government-mandated program must be technology-independent, realistic and allow automakers to bring efficient, low-emission technologies to Australia across a wide range of drivetrain options.

“The Australian public has made it clear that tackling climate change and reducing emissions is a top concern. As an industry, we stand ready to work with the new federal government to transition the voluntary industry CO2 program to a federally mandated program,” he said.

“Our members bring low-emission technologies to market that encompass internal combustion, hydrogen, hybrid and full-battery electric systems. All of these technologies will play a part in our short to medium term journey to zero emissions and full electrification.

“Our message to government is simple: give us the target (and) we’ll give you the technology.”

Mr Albanese said that after winning the election, Labour’s Driving the Nation fund would contribute $500 million to taxpayers’ funds to roll out more electric vehicle charging stations across the country, doubling the $250 million pledged to the Future Fuels Fund by the holder. government.

“Labour knows that over time, electric and hydrogen vehicles can reduce running costs and emissions, and end Australia’s reliance on foreign oil,” Mr Albanese said ahead of the election. .

“Only a Labor government led by me will put in place a real national electric vehicle charging network and roll out hydrogen highways across the country. This will be key to driving the nation.

Ahead of the election, the ALP also said it would implement a rebate on electric cars and remove import tariffs and employee benefit taxes for electric vehicles, thereby boosting the market for new cars. and expanding the availability of used electric vehicles.

The party also pledged to invest more in biofuel solutions, electric vehicle charging stations at 150km intervals on major arterials and contribute $80 million to provide up to 16 fueling stations in hydrogen along Australia’s busiest freight routes.