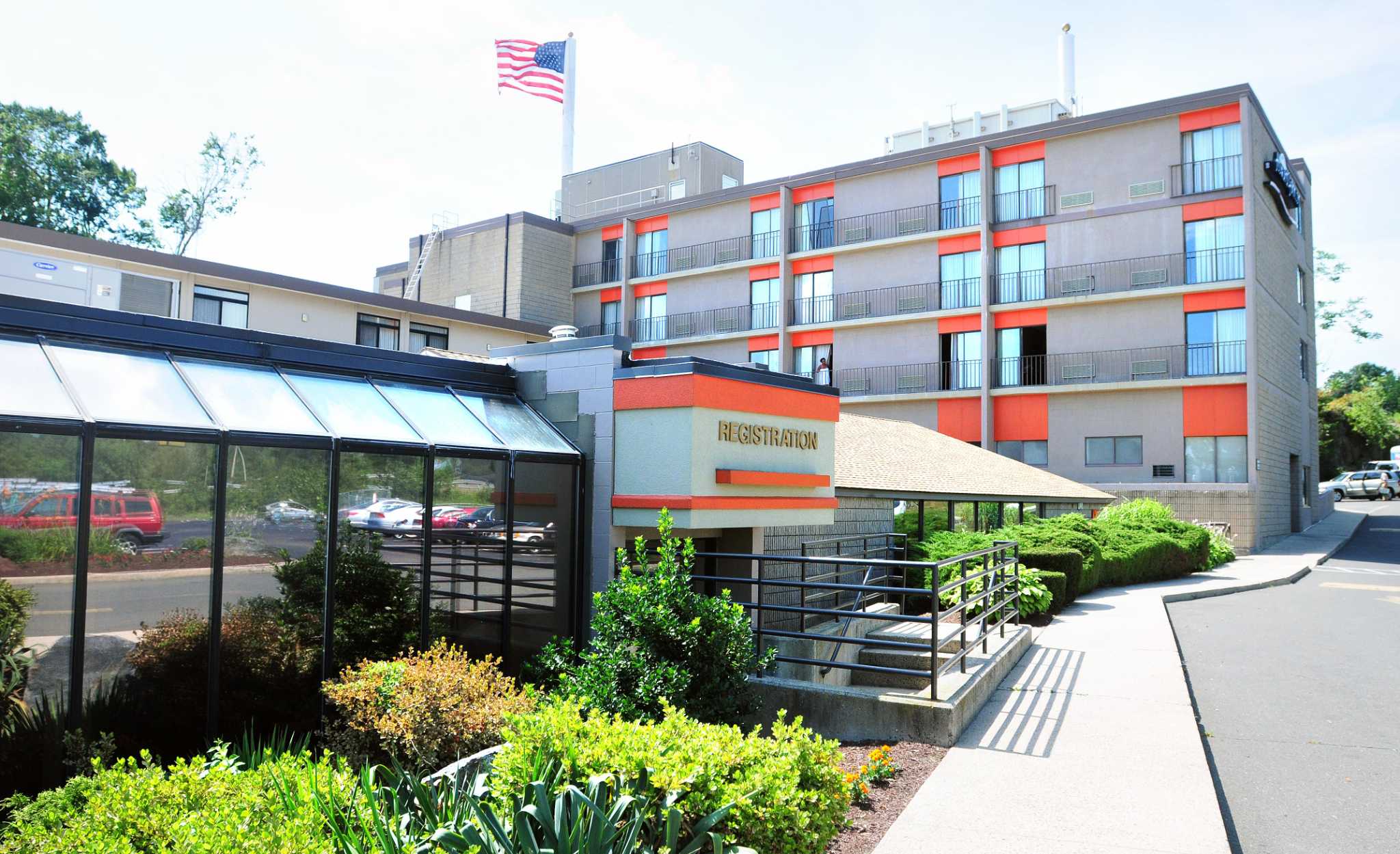 MILFORD – Genesis of Milford plans to leave its shared space with Hyundai and build a new dealership in town in the existing Howard Johnson building.

The proposal for the new Genesis space was recently approved by the Planning and Zoning Board. It includes a 24,600 square foot showroom and repair facility with 286 parking spaces.

“We have a purchase and sale agreement in place to purchase the combined properties at 1040 and 1052 Boston Post Road, as well as the property at 990 Bridgeport Ave.,” said Chuck Dortenzio, COO of Key Automotive Group, at a recent meeting. “Despite the fact that these properties have remained in their current condition for some time, we fell in love with them the first time we walked through them.”

Jason Edwards, civil engineer for the project, said the original parcel line ran through the hallway of Howard Johnson’s and the Friendly’s restaurant.

“The Friendly’s restaurant was on a separate lot in front of Howard Johnson’s,” Edwards said. “This plot still exists, but we are proposing to merge the plots into one larger plot. So 1040 will go away, and I believe everything will be 1052.”

Dortenzio has said he wants to build in Milford despite the lack of financial incentives available.

“We searched for a suitable site for the construction of a luxury retail establishment. We have received approval from Genesis North America to move our current franchise to 1052 Boston Post Road,” Dortenzio said.

“We want to build a gateway property,” he said, adding that several local officials were in agreement.

“There are incentives for both manufacturers to have their stores exclusive,” he said. “Genesis will be the only new car franchise there, but like most new car dealerships have been, we plan to sell used cars from other brands.”

The first phase of the proposal includes the development of approximately half of the site, the demolition of existing structures and the construction of the new 24,600 square foot car dealership and service center and parking spaces.

“The only time factor is the owners of cellular equipment at the top of the building. They have to move their stuff,” Edwards said. “We can’t do it immediately. We have to wait for them to remove it.

He added that the only other things left in phase two are grading and stabilizing the rest of the west parcel.

The proposed Genesis of Milford building will have a 69-foot carousel roof with transparent windows with architectural metal panels as its showroom.

“The carousel is not constantly moving. It’s a parking lot and a showpiece,” Dortenzio said. “The only time it would move is when we needed to get a car down or if we needed to load cars into it. Essentially it gives us the ability to park 14 cars in a two-car parking space, and also to ‘display the cars, what we want to do.