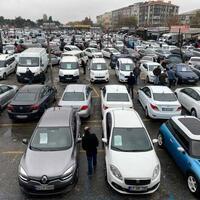 Some restrictions will be introduced for car sales to stop the increase in car prices, Trade Minister Mehmet Muş said, noting that the relevant regulation is ready.

Under the new regulations, businesses, car rental companies and car dealerships will have to wait a while to sell new cars they have purchased, he added.

“These entities are the main buyers of new cars. The new regulation will require companies, car rental companies and dealers to be allowed to sell a new car only after it has driven 6,000 kilometers or six months after the first registration of the newly purchased car,” Muş explained. .

Some cars are offered for sale as “used cars”, immediately after purchase, but this should be avoided, the minister said, noting that this type of trade drives up prices.

Once the new regulations come into force, consumers will have easier access to new cars, according to Muş.

The Competition Council is examining whether certain companies engage in price collusion, the minister said.

“We fully support this decision, which aims to curb the rise in used car prices and increase the availability of cars on the market,” he added.

In July, passenger car sales rose 13% year-on-year to 41,000 units, according to the latest data from the Association of Automotive Distributors (ODD).

The passenger car market, however, contracted 7.9% in the first seven months of the year, with sales rising to 319,000 units.