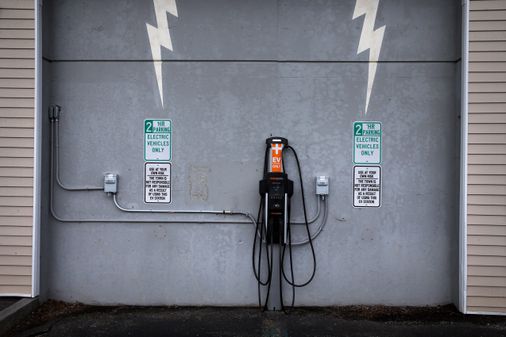 The Commonwealth’s push to encourage electric vehicles suffered a major setback last year, when a multi-state agreement to cut greenhouse gas emissions from cars and trucks collapsed. This effort, led by Governor Charlie Baker, would have been a transformative program and could have cemented Baker’s own pollution-fighting legacy by accelerating the Northeast’s transition away from global-warming gas-powered vehicles.

Now the legislature has given Baker a sort of second chance, sending him a climate bill with a potpourri of policy changes and a major deadline designed to cut Commonwealth greenhouse gas emissions – and a major new commitment to electric cars.

It’s a worthy goal, because moving to zero-emission cars — primarily battery-powered vehicles like Teslas and Nissan Leafs, but also potentially hydrogen-powered cars — represents one of the simplest and technologically achievable to achieve the kind of rapid emissions reductions that Massachusetts will need to meet the goals it has set for the next decade. Although current supply chain issues are making electric cars hard to find at dealerships right now, an all-electric future is achievable with a big enough push from policymakers. And there’s almost nowhere to go but up: There were just over 30,000 electric cars registered in Massachusetts at the end of 2021, out of an estimated 4.3 million cars on the road.

Get an opinion today

The essentials of Globe Opinion, delivered to your home from Sunday to Friday.

The bill increases the rebate for residents who purchase a zero-emission vehicle from $2,500 to $3,500, providing an incentive to switch vehicles. Along with that carrot, there’s also a crucial stick: the bill also states that all vehicles sold after 2035 must be zero-emissions. It also paves the way for the transition of school buses and public transit systems away from diesel, propane and other fossil fuels.

The bill is different from the regional cap-and-trade approach Baker favored in the failed emissions deal, and it’s different from the climate bill Baker proposed earlier. this year, which was much heavier on research funding and workforce development. Still, the governor should sign it. (A spokesperson for Baker said it was too early to say what he would do.)

The compromise climate bill the Legislative Assembly passed last week also includes a range of other measures, from support for the nascent offshore wind industry to requirements for large buildings to track their carbon emissions. .

Lawmakers also found a smart compromise on one of the most controversial sections of the initial version of the Senate bill, which would have allowed up to 10 municipalities to ban connections for fossil fuel appliances like gas stoves and furnaces in new construction and major renovations. . The original proposal came in response to requests from several suburbs, including Brookline and Arlington, to ban natural gas hookups. This had raised concerns among homebuilders and housing advocates that requiring all-electric heating which is generally more expensive to install than gas would have increased the cost of construction in a state already suffering from a crisis. housing. The compromise will allow cities that have licensed and built an adequate amount of affordable housing, like Brookline, to participate in the 10-municipality pilot. But that likely rules out places like Arlington or Newton, which have thwarted new housing production.

Beacon Hill’s bill fails on one major point: funding. There’s no price tag for the climate legislation yet, but Commonwealth magazine reported it would cost less than the $750 million Baker had asked for. Nor does it create major new sources of revenue for climate projects. A proposal to add fees to utility bills to generate funds was not accepted. This omission is part of a pattern; One of the main reasons for the collapse of the Baker’s Transportation Climate Initiative last year was states’ concern about a penny increase in gasoline prices.

But there are only so many advancements that the state can mandate to exist. Reducing state emissions — and adapting to the impacts of climate change as warmer weather bakes our summers and rising oceans erode our communities — is going to take money. Just coastal fortification, a small part of the infrastructure work that will need to be done to adapt to climate change, was estimated in 2018 at around $18 billion. A carbon tax remains the best option for raising revenue, but whichever lawmakers choose, they shouldn’t wait any longer to put money behind state goals.

Editorials represent the opinions of the Editorial Board of The Boston Globe. Follow us on Twitter at @GlobeOpinion.