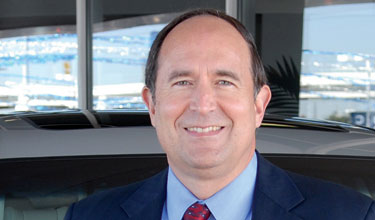 Group 1 Automotive highlighted the strength of its UK new car order books after posting a record performance in Q2.

But year-on-year sales comparisons in the UK have fallen in a 12-month period following the sector’s second recovery from the COVID-19 lockdown.

In May, Group 1 revealed record sales and profits in what was described as an ‘outstanding’ first quarter for its car retail businesses in the US and UK .

In today’s business update (July 27), Chairman and CEO Charles Hesterberg focused on recent successes in his US operations. He said: “Our record second quarter results were driven by record US gross revenues and profits.

“Our strength was evident across our US operations, as evidenced by 34% growth in parts and services and a 20.3% increase in financial and insurance services.

“A key contributing factor to our performance has been the extreme speed at which we have been able to integrate a large number of new acquisitions over the past 18 months, which will generate over $3.0 billion in incremental revenue. expected over the coming year.

Commenting on the industry’s vehicle supply outlook, Hesterberg said, “The supply of new vehicles continues to be tight, with no discernible change in the flow of new vehicle deliveries to our dealerships compared to most recent quarters.

Last week, AM reported that Group 1 had promoted its chief operating officer Mark Bridgland to chief executive – ending 22 months without a chief executive.

Bridgland will lead the operation of its 75 franchise sites operating from 55 locations across the UK, as well as its 12 accident repair centres.