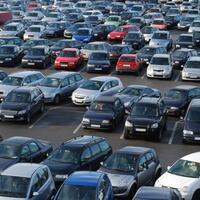 The government is preparing to impose heavy fines of up to 300,000 Turkish liras ($16,400) on those who break a recent regulation that introduced some restrictions on the sale of used cars.

Under the new rules, those who engage in the used car trade will not be able to sell their vehicle for six months from the vehicle’s first registration date or until the car has traveled at least 6,000 kilometers .

However, Commerce Department officials, who launched inspections last week, found some dealers were breaking the rule.

They found advertisements on websites for cars offered for sale as used vehicles that reportedly traveled 6,001 kilometres. Officials determined that these advertisements were put out by people with direct ties to car dealership owners.

The ministry is currently working on legislation that would increase the fine from the current 8,000 Lira to 300,000 Lira for those who engage in such fraudulent activities. The new legislation is expected to be presented to Parliament as soon as MPs return from recess on October 1, they said.

Officials added that websites running these ads are not considered violators, so fines will not be issued to them. Only dealers who engage in such fraudulent actions will be determined and fined, they explained.

The new regulations will be in effect until July 2023 and the Ministry of Commerce is authorized to extend them for another six months.