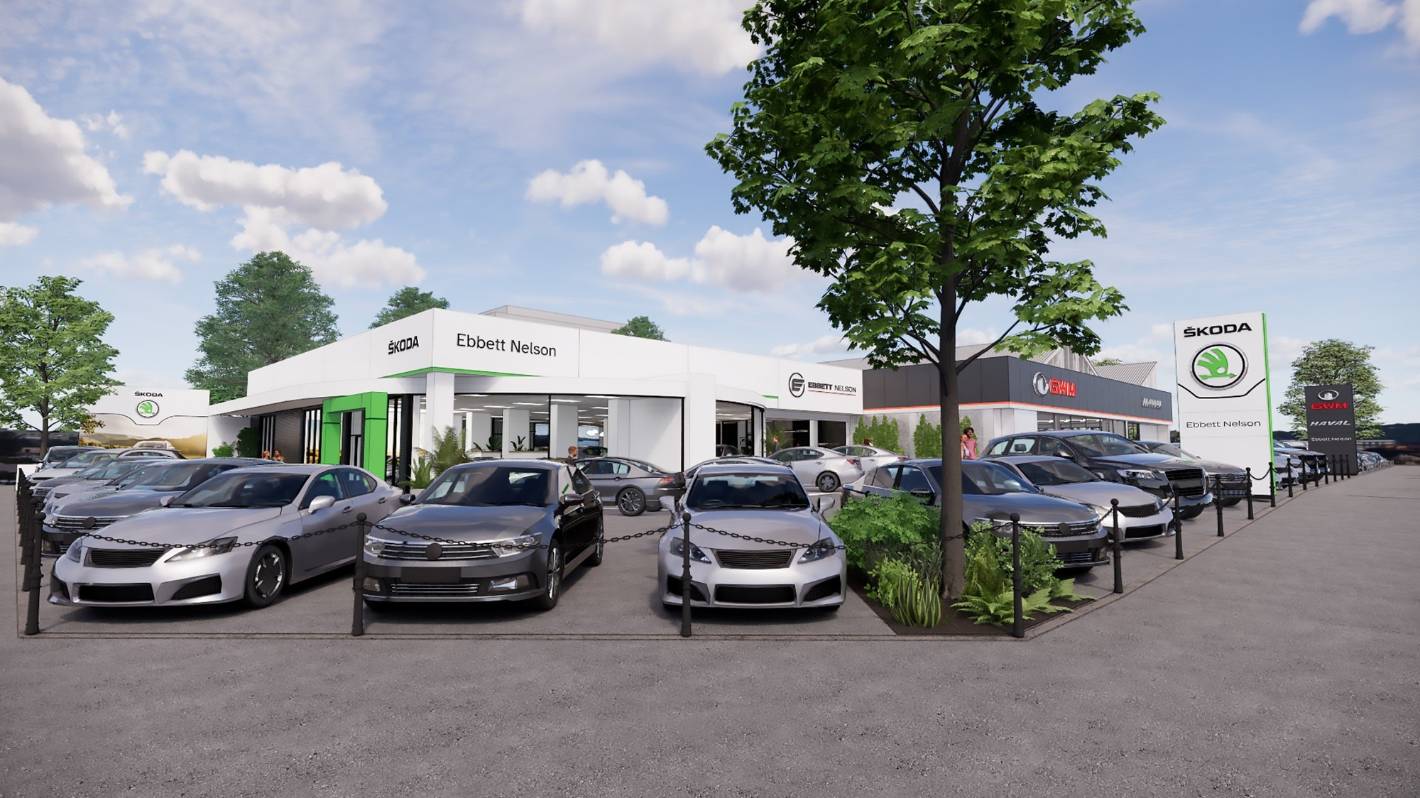 Ebbett Group is opening a new car dealership at the corner of Rutherford and Nile streets in Nelson.

A vacant site in Nelson becomes a new car dealership.

The Ebbett Group is taking over the site at the corner of Rutherford and Nile streets, with the intention of opening a dealership for Skoda, GWM and Haval vehicles.

The company has 18 dealerships in the North Island, but this is its first foray into the south.

Executive director Richard van den Enge said the hope was to be open in the third quarter of the year, although the timeline depends on “when I can get my hands on a gib board”.

Given the state of fuel prices and the move towards more environmentally friendly cars, it was an interesting time to open a new dealership, he said.

“But, people still need to get around and for Kiwis, a private motor vehicle is the most practical choice.”

Inquiries about electric and hybrid vehicles have been growing steadily over the past year, but in recent weeks have skyrocketed, he said.

“It’s almost like a switch has been flipped for the Kiwis and the survey has tripled… The Kiwis are keen to do the right thing for the environment, but at the same time they are looking for the best decision for their own wallet.

The Ebbett Group, which has been operating since 1928, chose Nelson because there were no other dealerships in the upper south carrying the brands.

They also planned to sell used cars, as well as offering vehicle maintenance.

The site they were moving to was currently empty but previously housed an Office Max and a used car dealership, he said.

“We have been looking for the right opportunity in this part of the country for some time now and are delighted to have found a site and brands that we believe can be extremely successful here. We’ve spent 93 years honing our craft in the North Island, so I think it’s time we expanded here.

2022-04-14
Previous Post: The fate of direct-to-consumer car sales is uncertain
Next Post: Lockdowns hold back auto industry in east China