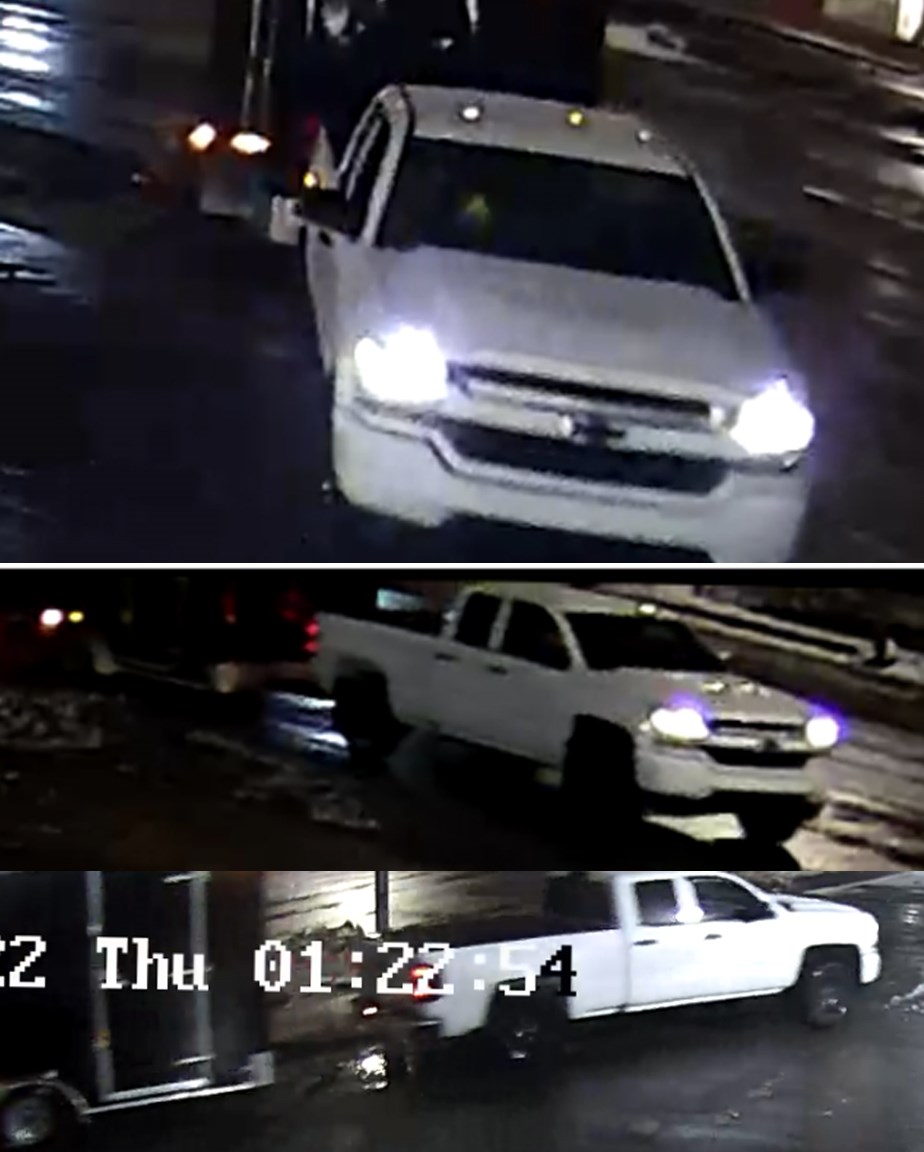 The Thunder Bay Police Department is asking for the public’s help in identifying suspects and sharing surveillance footage.

The Thunder Bay Police Department is asking for the public’s help in identifying suspects linked to a recent theft in a motor vehicle incident.

Members of the Thunder Bay Police Department’s Break and Enter and Robbery (BEAR) Unit have been made aware of an incident that occurred in the early morning hours of Thursday, April 7 at the iCar dealership in 985 Memorial Ave.

Between 1:25 a.m. and 1:45 a.m., unknown individuals entered the dealership’s property and stole tires and rims from the front of a truck. During the theft, the suspects caused thousands of dollars in damage to the targeted vehicle.

Following an ongoing investigation, members of the BEAR unit obtained CCTV showing the suspect vehicle and trailer used in the theft.

The vehicle appears to be a white extended cab pickup truck with black rims. The trailer is an enclosed black trailer, optionally a V-nose, with a side door on the passenger side. The trailer also appears to have white rims and a rear door.

Some footage from the surveillance footage is being shared with the media and the public in hopes that someone can help identify the suspect(s) involved.