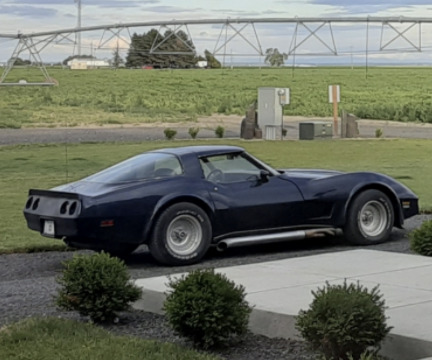 When I was 14 I learned to drive a 1998 Ford Ranger. I drove that around the farm for a year before deciding to sell it and buy something else. I bought a 1984 Ford Bronco, repaired it and sold it. At 16, I had already bought and sold three vehicles.

Buying and selling vehicles for profit has since become a hobby of mine. I have bought and sold many other vehicles since and even had the opportunity to drive a 1980 Corvette in my senior year of high school. Although I’m still quite young, I’ve been involved in the automotive market for quite some time, so I have my fair share of knowledge when it comes to car values.

There is no doubt that the value of a car has increased significantly since my last vehicle purchase and over the past two years. Some car values ​​have doubled or even tripled to what they were just a simple pandemic ago. For the average person, this may not be a big deal or even a noticeable problem. A car can almost be categorized as a necessity these days, so people often only pay for what they are told because they need a vehicle.

For me, and for many other car enthusiasts, we see cars as more than just a necessity: we see them as toys and as an extension of our personalities. Real cars happen to be a bit more expensive than a matchbox car from Walmart. It is therefore important to find a good vehicle at a good price that meets all your desires and desires. But cars like these are getting harder and harder to find as time goes on.

The argument used to support the price increase is the “shortage” of vehicles since the start of the pandemic and the inability of automakers to build and sell vehicles. While there may be some truth to this, over the past two years new car purchases have been at an all-time low compared to previous years.

Unfortunately, I had to sell my Corvette to pay for my first two semesters at BYU, but I’m grateful for the experience and knowledge I gained from it and the many cars I’ve owned before. Lowering vehicle prices to what they once were would help give others the chance to do what I did and help them learn many valuable life lessons. Reintroducing common sense to the used car market and educating people that there has never been a shortage of vehicles can hopefully drive prices down again.