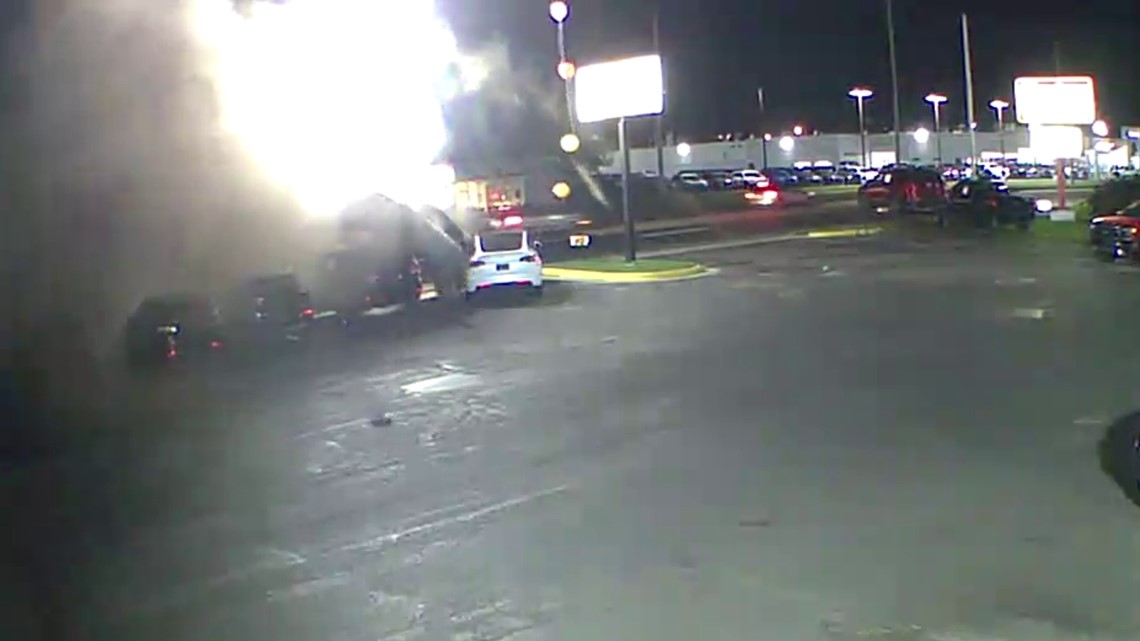 A single-car accident over the weekend caused damage estimated at $250,000 to vehicles at used car dealership Autowest of GR.

GRAND RAPIDS, Mich. — An accident in the parking lot of a used car dealership over the weekend caused damage estimated at $250,000 to multiple vehicles.

The incident happened around 11:30 p.m. Saturday and involved a single car, driven by an individual currently in police custody.

It’s still unclear what caused the crash in the Autowest of Grand Rapids parking lot, but security video shows an airborne vehicle slamming into multiple vehicles in parking spots along 28th Street.

In total, about six or seven vehicles were damaged in the accident, including Jeeps and a Tesla. The total damage is estimated by Miller at over $250,000, but the actual amount will be determined by their insurance agency later today.

“In today’s market, it’s so difficult to acquire vehicles,” Miller said. “So when you work really hard to acquire these cars, and they end up getting run over, it’s a real loss for you.”

It is not known if the driver was injured or what caused the crash.

“I just couldn’t believe the person was gone,” Miller said. “When you watch these videos and you see this person rolling over in the front of cars, those are pretty hard hits. So, it’s pretty scary. So I’m really grateful that this person is okay.”

Miller said that in addition to the vehicles, the suspect driver also pulled out a streetlight.

He also said it was the second time in a year that an incident like this had happened.

“I don’t know why, bad luck. We need a preacher to come and bless us, that’s what we need,” Miller joked. “But I hope he realizes the speed was excessive, over 90 miles an hour. This is 28th Street. You have families, children, you have to be careful on these roads. You think of others than yourself.”

►Make it easier to update with more stories like this. Download the 13 ON YOUR SIDE app now.