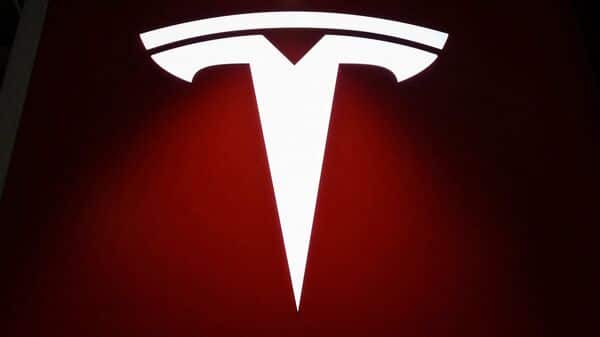 Passenger car sales in April fell to 1.04 million vehicles, the China Passenger Car Association said on Tuesday, while production fell even more sharply, by 41%, to 969,000 vehicles.

Among the hardest hit are Tesla Inc., Volkswagen AG and Nissan Motor Co. Last month, Tesla sold just 1,512 cars made at its Shanghai factory, down 94% from a year ago. and well below the more than 65,000 sold in March, according to association data.

The impact also rippled globally, with exports from China, where Tesla manufactures Model 3s and Model Ys, falling to zero. Last year, the company exported around a third of Shanghai-made cars outside of China.

The electric vehicle giant is struggling to restart operations despite reopening its Shanghai factory on April 19 after a 22-day suspension. Tesla made 10,757 cars at the plant in April, a fraction of normal production.

On Tuesday, it again reduced daily production to less than 200 cars as supplies of some key components were suspended, according to people familiar with the matter. Tesla aimed to increase capacity to 2,600 cars a day, the pre-lockdown level, by mid-May as more workers are released from lockdowns, the people said.

Tesla did not immediately respond to a request for comment.

Auto sales in China, which began to decline in March as Covid lockdowns spread, reflect broader problems in the country’s splintered economy this year, with slowing growth and exports.

While car sales fell off a cliff at the onset of the pandemic in early 2020, they rebounded rapidly as China contained Covid outbreaks and its economy recovered. This time around, with the Omicron variant proving more difficult to remove, analysts are warning automakers that they potentially face longer-lasting problems.

Cities like Shanghai and Changchun in the northeast, two auto manufacturing hubs that produce more than a fifth of the country’s auto output, have been restricting the movement of people and goods for nearly two months. Although local authorities have allowed some companies in key sectors such as automotive and semiconductors to resume operations in closed-loop systems since late April, supply chains remain fragile.

Nissan said on Monday its China sales in April fell 46% year-on-year, hit by shutdowns in key regions to contain the spread of Covid-19. Nissan attributed its drop in production and sales to shortages of semiconductors, among other supply chain and logistics disruptions caused by Covid lockdowns. The company’s parts export business was also affected, a company spokeswoman said.

Honda Motor Co. said sales were down 36% due to pandemic disruption and component shortages. Honda spokesman Zhu Linjie said the company’s joint venture factories suspended manufacturing for about a week in April and that despite resuming operations, the company was still facing a shortage of fuel. certain auto parts.

Supply and demand will continue to face serious challenges in May, including disruptions caused by the Covid pandemic and the war in Ukraine, as well as a weakened economy and domestic consumption, Secretary Cui Dongshu said on Tuesday. general of the association. He expects sales to continue to fall in May, although businesses have gradually resumed operations.

“Companies in the industry are moving from ’emergency response’ to more stabilized and resilient supply chain management,” Cui said.

A brighter spot in April’s data was electric cars, with sales up 78% in April to 282,000 vehicles from a year earlier, although this was the fastest growth rate. slower since December 2020. The growth came as startups EV NIO Inc., XPeng Inc. and Li Auto Inc. saw production hammered.

The three companies said their delivery numbers fell 42% to 62% in April from the previous month.

The outbreak has disabled many of Li Auto’s suppliers in Shanghai and nearby Kunshan, where 80% of them are based, the company said.

“Some of them have completely stopped production or delivery of their products, preventing us from maintaining production after running out of our parts inventory,” Li Auto said in a statement earlier this month.

Ningde-based Contemporary Amperex Technology Co., China’s top battery maker and one of Tesla’s main suppliers, told shareholders on May 5 that their operations had “relatively low influence” due to Covid restrictions. .

2022-05-10
Previous Post: Before you hit the car dealership, here are 8 things to know to get the best deal
Next Post: Expansion plans approved for South Shields car dealership Vic Young