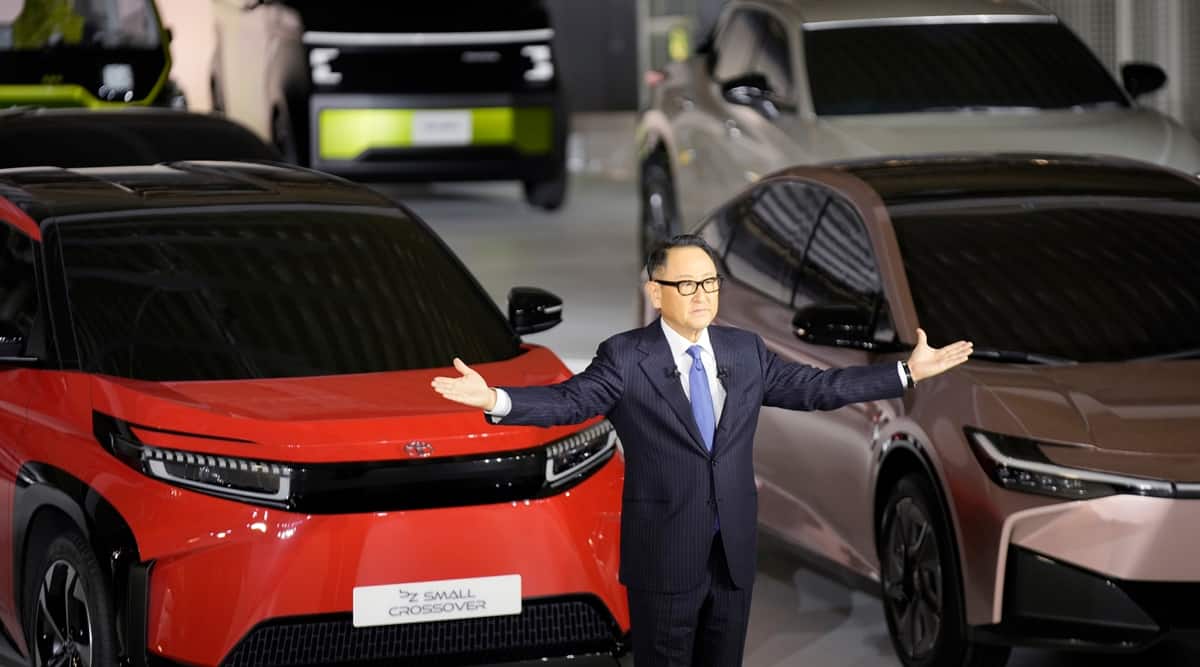 Toyota overtakes GM in U.S. car sales, a first for a foreign automaker

Toyota Motor dethroned General Motors as the top-selling automaker in the United States last year, becoming the first out-of-country based automaker to achieve the feat in the company’s nearly 120-year history. industry.

This milestone underscores the changes rocking automakers, which face stiff competition and external forces as they turn to electric vehicles. And it came in a tumultuous and bizarre year in which automakers faced an accelerated transition to electric vehicles and faced profound manufacturing challenges. New car sales have been held back by a severe shortage of computer chips that has forced automakers to close factories, even as demand for cars has been incredibly robust.

GM, Ford Motor and Stellantis, the automaker formed from the merger of Fiat Chrysler and Peugeot, produced and sold fewer cars than they had hoped for in 2021 as they were hit hard by chip shortages. Toyota wasn’t hurt that much.

In addition to this shortage, the coronavirus pandemic and related supply chain issues have caused sales to plummet while driving up prices for new and used cars, sometimes to dizzying heights. Automakers sold just under 15 million new vehicles in 2021, according to estimates from Cox Automotive, which tracks the industry. That’s 2.5% more than in 2020, but well below the 17 million vehicles the industry typically sold a year before the pandemic took hold.

GM said Tuesday its U.S. sales fell 13% in 2021 to 2.2 million trucks and cars. Toyota gained access to more chips as it set aside larger parts inventories after an earthquake and tsunami in Japan halted production of several key components in 2011. Its 2021 sales increased by more than 10%, to reach 2.3 million.

“The dominance of American automakers in the American market is kind of over,” said Erik Gordon, a business professor at the University of Michigan who follows the auto industry. “Toyota may not beat GM again this year, but the fact that they did is symbolic of how the industry has changed. No American automaker can consider itself entitled to market share. simply because he is American.

Ford is expected to finish third when the company releases sales data on Wednesday.

The chip shortage stemmed from the start of the pandemic when car factories around the world shut down to prevent the spread of the coronavirus. At the same time, sales of computers and other consumer electronics took off. When automakers resumed production, they found fewer chips available to them.

Despite weak new-vehicle sales, automakers and dealerships made big profits because they were able to raise prices.

“Sales volumes are down but our margins are up and expenses are down,” said Rick Ricart, whose family owns Ford, Hyundai, Kia and other dealerships around Columbus, Ohio. “We were almost out of inventory cost now. The cars come on the truck and they are already sold. They disappear in 24 to 48 hours.

Automakers are also dealing with the transition to electric cars and trucks. Many companies spend tens of billions of dollars designing battery-powered models and building factories to produce them. They are racing to catch up with Tesla, which now sells a large majority of electric vehicles.

But most established automakers are unlikely to gain traction in US electric vehicle sales this year, as they won’t be able to produce tens of thousands of these cars for at least a year or so. of them.

And Tesla, which was founded in 2003, isn’t standing still. After reporting a nearly 90% increase in global sales last year to just under a million, the company plans to start mass production at two new factories this year near Austin, Texas. , and from Berlin. He was less affected by the chip shortage as he was able to switch to more readily available chip types.

The electric car maker doesn’t break down sales by country, but Cox Automotive estimated it has sold more than 330,000 in the United States, about as many vehicles as Mercedes-Benz and BMW each sold here.

Ford is perhaps the only major automaker that could pose a serious competitive threat to Tesla this year. This spring, Ford plans to start selling an electric version of its F-150 pickup truck, the top-selling vehicle in the United States. The company has taken more than 200,000 reservations for this truck, the F-150 Lightning, and hopes to produce more than 50,000 this year. It is ramping up production at a factory near Detroit to build 80,000 in 2023 and up to 150,000 in 2024.

“The F-150 is our company’s most important franchise,” Kumar Galhotra, president of Ford’s Americas and International Markets Group, said in an interview. “The F-150 Lightning shows how serious our commitment to the electric vehicle market is.”

Ford has been selling a popular electric sport utility vehicle, the Mustang Mach E, for nearly a year. He said on Tuesday he aims to increase production of the Mach E to 200,000 vehicles a year by 2023.

Other automakers plan to produce relatively modest numbers of electric cars this year as they and their suppliers continue to prepare to build factories and produce batteries and other components. GM has set a goal of producing only electric vehicles by 2035 and will unveil a battery-powered Chevrolet Silverado pickup truck at the Consumer Electronics Show on Wednesday. But the electric Silverado isn’t expected to go into production until 2023.

GM also had to suspend production of its main electric vehicle, the Chevrolet Bolt, due to a manufacturing defect that could cause its battery to fire. In the last three months of the year, the company sold only 25 bolts.

The American auto industry has long been defined by GM, which held the top spot in annual sales for nearly a century after overtaking Ford in the late 1920s and early 1930s.

Toyota began selling cars in the United States in 1965. It began production at its first US plant in Georgetown, Kentucky, in 1988, building a reputation for quality as GM, Ford and Chrysler struggled. Its growth has also heightened trade tensions between the United States and Japan and sparked popular fears that Japanese companies will decimate American companies.

Toyota then expanded into luxury cars with its Lexus brand and added the Toyota Tundra full-size pickup truck to compete in a segment dominated by manufacturers based in and around Detroit. At the start of this century, the Toyota Camry was often the best-selling car in the country, and the Japanese automaker quickly overtook Chrysler and Ford in annual sales.

Its image was further enhanced when it introduced the hybrid Prius as gasoline prices rose and consumers focused more on fuel economy. The company still dominates sales of hybrid vehicles, which pair gasoline engines with battery packs and electric motors.

But Toyota has been slower to embrace all-electric vehicles, which could undermine its growth in years to come. At an event last month, company president Akio Toyoda stood in front of a row of prototype electric vehicles and outlined a plan to dramatically increase production of these cars by 2030.

But Toyota is also struggling with supply chain issues. In recent months, the company has had to significantly slow down production around the world as it has exhausted its stock of chips and had to wait for its suppliers to produce more.