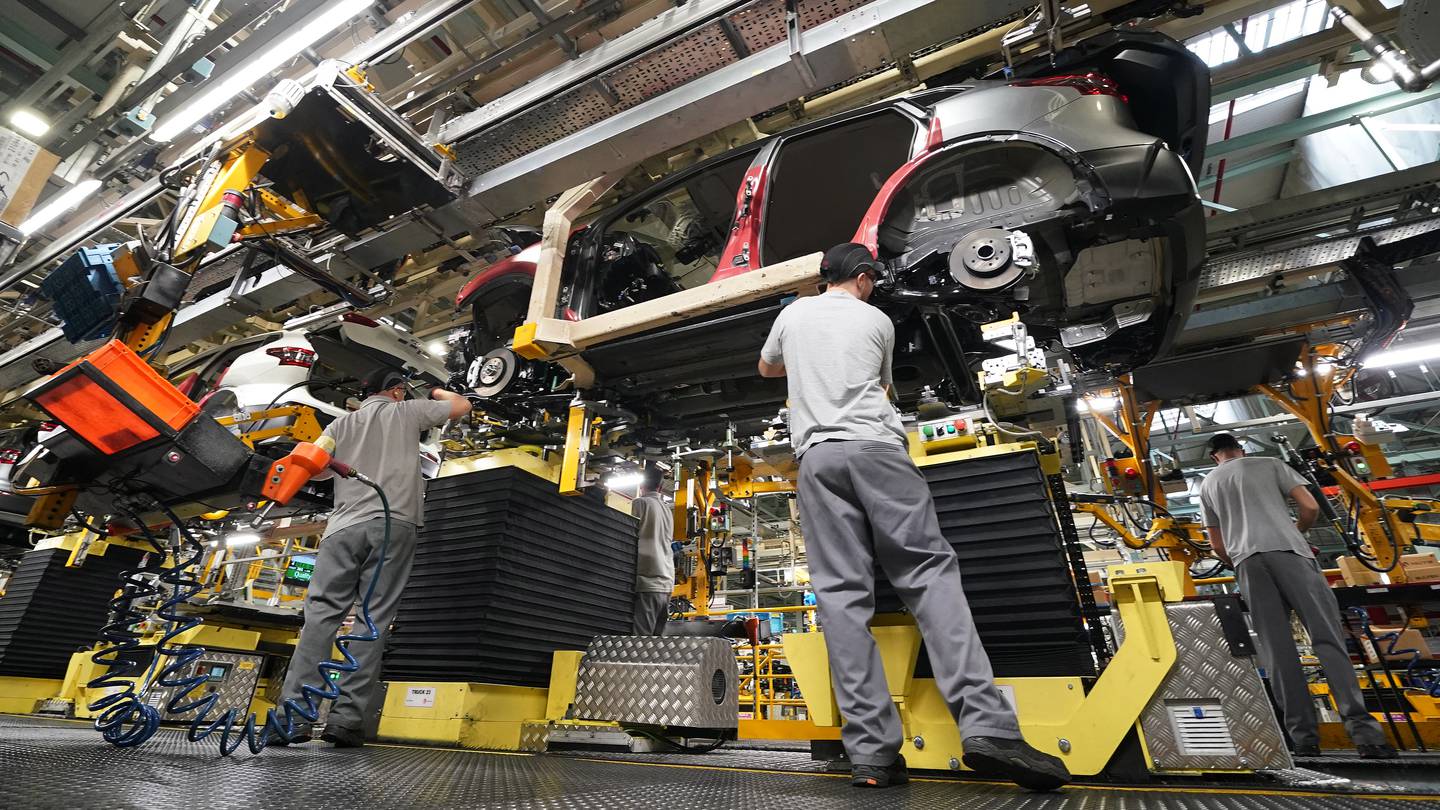 Britain’s car industry is at a disadvantage compared to the rest of Europe due to soaring energy costs, the industry warned on Tuesday.

Analysis by the Society of Motor Manufacturers and Traders (SMMT) found that the sector’s annual energy bill – which is already £50m ($61.3m) more than its EU rivals – will increase by £90m in 2022, an increase of 50%. . He said the increase in bills was equivalent to more than 2,500 jobs in the automotive sector.

It comes as the UK car industry suffered its second weakest May in three decades as sales fell by more than a fifth year-on-year. Inflation in the UK hit an annual rate of 9.1% in May, a new high in 40 years, after sharp increases in the cost of fuel and electricity.

Electricity prices in the UK are the most expensive of any European car-making country and 59% higher than the EU average, the SMMT said.

This means UK businesses could have saved almost £50m if they bought energy from the EU.

The extra cost of producing vehicles and components in the UK puts manufacturers at a disadvantage, the SMMT said.

He called for urgent action as Britain’s £21.2 billion automotive supply chain tries to meet accelerated deadlines for a zero-emissions transformation.

Speaking at the organisation’s annual summit in central London, SMMT chief executive Mike Hawes said challenges such as the coronavirus pandemic, a parts shortage and business uncertainty were “tremendous ‘, but tackling the UK’s high energy costs was ‘industry’s number one task’. .

“Helping energy costs now will help us stay competitive and be a boon for the sector, boosting investment in innovation, R&D [research and development]training – all reinvested in the UK economy.

“With the right support, this sector can drive the transition to net zero, supporting jobs and growth across the UK and exports around the world.”

The SMMT set out its vision for the industry to go to net zero – “From full throttle to full load” – as it phased out the sale of new petrol and diesel cars and vans by 2030.

He said the 123,500 jobs supported in all regions of the country are at stake in the transition.

Outlining his roadmap, he said: “For many long-established component segments, such as engine and exhaust producers and their suppliers, the transition to electrification presents major challenges. So that some companies are already on the way, many risk being left behind as jobs and skills related to the internal combustion engine [ICE] the technology may not be transferable. At least 22,000 jobs, £11 billion in revenue and £2 billion in GVA in the UK currently depend on ICE-based technologies.

“There are, however, significant opportunities for those who are able and capable of making the transition, for example in batteries, motors and power electronics. The SMMT roadmap defines the wide range of measures, covering the industrial and market transformation, which must be implemented if the opportunities are to be seized.”

Mr Hawes said inflation, energy shortages, rising fuel prices and the cost of living crisis make the UK look like it is facing a ‘return to the 1970s’.

He acknowledged the car industry was “hit hard as it was then”, but insisted there was a “big difference”.

He said: “Go back to the 70s, characterized by bad management, bad labor relations, so bad quality. This is not the current situation.

“We have a global reputation for engineering excellence, innovation, and brands admired and sought after across the country.

“We have a solid base. We are still an international trade powerhouse, with great wealth, contributing billions to the economy and supporting thousands of livelihoods in every corner of the country.

But circumstances in recent years “have not been easy”, with Brexit a “trauma” that is “not yet done”, he added.

Five requirements of the automotive industry

· Support businesses facing high energy costs in their transition to net zero, including the provision of short-term support; to equate British motoring to energy-intensive industry status; maintain agreements on climate change in the automotive sector; and provide low-cost, carbon-free electricity and a national hydrogen supply.

· Provide a globally competitive business environment for the sector, expanding the scale and reach of the Automotive Transformation Fund to drive supply chain transformation and adaptation.