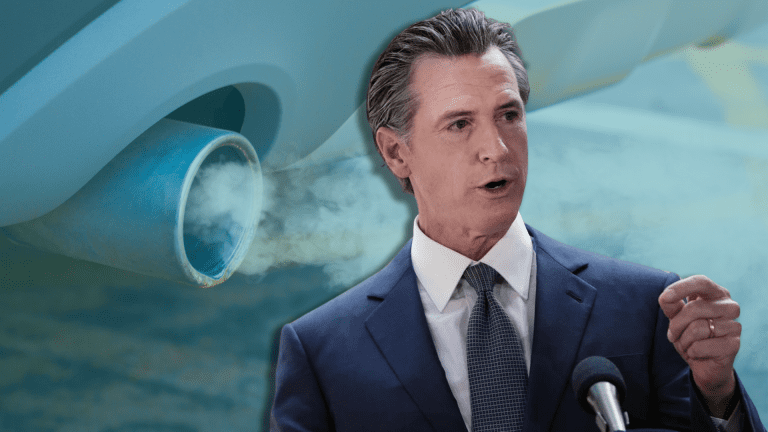 At the end of August, the California Air Resources Board (CARB) issued a warrant requiring all new gas-powered car sales to cease by 2035. CARB says tailpipe emissions account for a significant portion of California’s greenhouse gas emissions, and the Board expects the rules reduce pollution by 50% by 2040. However, the new rules will not ban the driving of gas-powered cars or the sale of used cars in the state.

Automakers that fail to meet the new standards could be fined $20,000 for each sale of non-compliant vehicles.

The rule means automakers will have to ramp up production of electric vehicles (EVs) more than originally planned as the state of California continues its drive for a cleaner environment. Ultimately, the state hopes to use only renewable energy in 2045. Other states, such as New York and Pennsylvania, have already chosen to adhere to California’s previous emission standards. , and it is expected that they will also comply with the new mandates.

Prior to the announcement of the new rules, the California New Car Dealers Association (CNCDA) released a statement stating that “franchised new car dealerships are committed to working with lawmakers and regulators to increase the supply and adoption of [zero-emission vehicles].” However, while the CNCDA has accepted the new rules, it has also indicated three concerns that it would like to see addressed by CARB.

The CNCDA’s main concern is “customer choice and vehicle availability”, as electric vehicles currently represent only a very small portion of all new vehicle sales, and compliance with the new rules will depend heavily on feedback. consumers towards them. Automakers and environmental activist groups are hoping car buyers will be eager to switch to electric vehicles, but hesitant consumers may decide to forgo their purchases and stick with their gas-powered vehicles.

Additionally, as the Biden administration passed legislation offering incentives to EV buyers and EV automakers, a Consumer Reports study of July 2022 revealed that only 36% of Americans are considering or “seriously considering” buying an electric vehicle.

The new standards indicate that 20% of new vehicle sales may be hybrid vehicles, which may increase the interest of some consumers.

Concerns about prices and production and raw material costs

Although major automakers have announced plans to invest billions of dollars in manufacturing more affordable electric vehicles, various executives and industry experts say there is also a massive shortage of materials needed for electric vehicle components, in particular the nickel and cobalt necessary for the batteries of electric vehicles.

While the Biden administration continues to urge automakers to find other sources of minerals critical to the development of electric vehicles, China remains the largest producer by far, and changing that will be a tall order. Overall, the search for other sources proved to be time-consuming and costly; therefore, it will be difficult to reduce dependence on China in the near future.

The CNCDA said the lack of available charging infrastructure in the United States is also a potential barrier, as it can deter consumers from buying electric vehicles. Although the government has announced that it will invest $7.5 billion in expanding charging infrastructure, consumers are still wary of buying electric vehicles, especially those living in rural areas. Also, pricier chargers aside, charging an EV takes a lot of time compared to the few minutes it takes to refuel a gas-powered car, and many consumers don’t want to wait.

Whether or not automakers can design, develop and build broad lines of desirable and consumer-accepted electric vehicles within tight timelines will also determine the success of the new guidelines. In general, consumers are currently more interested in SUVs and trucks, which means automakers need to create a significant number of electric models of these vehicles that consumers want.

Legal battles are also likely to ensue, as there has been opposition to California’s ability to set its own rules as climate change affects all states, not just California. The state will need to obtain a waiver from the Environmental Protection Agency, which experts say has a high probability of being approved; however, the case is expected to stall in court and legal proceedings could drag on for years.

Another pressing issue is that the automotive workforce will inevitably face change as the transition to electric vehicles continues. Knowledge and training in gasoline vehicle technology will become increasingly obsolete as a new skill set will be required for electric vehicles, and many existing engineers and technicians will be out of work when their skills are no longer needed. While some companies have signaled that their current employees will be trained in electric vehicle technology, some experts say there could be significant layoffs across the industry.

Did you enjoy this article? Please share your thoughts, comments or questions regarding this topic by contacting us at [email protected]

While you’re here, don’t forget to subscribe to our email newsletter for all the latest automotive industry news from CBT News.

2022-09-02
Previous Post: Good news for car sales in South Africa as buying habits start to change
Next Post: How the future of the automotive industry is changing