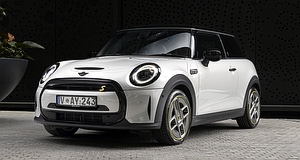 World Electric Vehicle Day (WEVD) is this Friday, September 9, when owners and anyone interested in pure electric vehicles are encouraged via social media platforms to network and meet in person to advance the cause of electric vehicles. .

Automaker Mini is branding WEVD with the local relaunch of its all-electric Mini Electric model which was initially launched here in mid-2020 to little fanfare due to COVID-19 restrictions.

The cool-looking electric city car, still using a chassis adapted from the internal combustion engine era, exudes the cheeky personality of Mini in its looks and looks, but you’ll pay for the privilege because Mini Electric in the driveway SE Classic spec’ goes for $55,650 plus on-road costs—or a ten grand premium over the 2.0-liter gas-powered S Classic.

Two other electric variants are available, the SE Yours at $62,825 and the Resolute Edition, based on Yours with extra kit and special olive drab paint at $63,825, both plus ORCs.

“We are relaunching the Mini Electric Hatch to coincide with World Electric Vehicle Day, as it paves the way to 2030, when all Minis will be electric vehicles,” said James Orlov, Product Manager, Mini Australia.

“It will be the last Mini EV based on an adapted internal combustion engine platform as a new dedicated EV platform enters service in 2025, and Mini will be the first in the BMW Group to go all-electric.”

But from an international perspective, some commentators question whether a WEVD is relevant, as the problems that could be caused by such a lobby seem to be easing in many countries.

The acceptance and sales of electric vehicles internationally are growing exponentially, especially in Europe and China, where the government is pushing the electric vehicle agenda forward with financial incentives as well as the provision of vehicle infrastructure electrical.

Not to mention global climate emergencies and high fuel prices which would undoubtedly boost sales.

Here in Australia, it’s a different story as affordability and lack of charging facilities are arguably the biggest barrier to EV adoption, giving more currency to lobby groups such as WEVD.

As an adopter of electric vehicles, Australia is lagging behind according to federal climate change minister Chris Bowen who told the recent EV Summit in Canberra that adoption of zero- and low-emission vehicles is currently limited, among other issues, by a combination of high prices, limited inventory and long waiting lists for a much smaller model range than that available in the foreign.

“Many consumers would be interested in purchasing an electric vehicle, but even if they could access the limited stock available, the price points them towards petrol or diesel models.”

Mr Bowen said estimates suggested Australia was currently around a decade behind Europe in electric vehicle policy and adoption.

But new data suggests EV affordability in Australia is out of reach for most new car buyers.

The Melbourne-based company says its data has been compiled based on communication with a range of organizations from government agencies to major international car brands.

Indications are that EV prices are unlikely to fall below the $40,000 mark.

All this against a backdrop in Australia of stagnant wage growth and mounting inflationary pressures.

An additional 18 new BEVs are expected to hit the market by the end of the year, indicating that the local EV market is growing organically.

The so-called “range anxiety” appears to have been resolved with some BEVs capable of a range of 620 km under World Harmonized Light Duty Vehicle Test Procedure (WLTP) parameters.

Sales data in Europe in particular suggests that buyers are skipping plug-in hybrid (PHEV) and hybrid petrol/electric (HEV) models instead of going straight for BEVs.

The same scenario is likely to prevail globally despite many automakers wrongly predicting a transition from hybrids to all-electrics…and structuring production schedules accordingly.

In Australia, support for WEVD has come from most electric car manufacturers, government and other groups like the Australian Electric Vehicle Association (AEVA), a volunteer-run non-profit organization dedicated to because of moving Australia’s transport networks to electric propulsion as quickly as possible.

AEVA is the world’s oldest electric vehicle company, formed after the 1973 oil shocks.